The Dangers of Critical Race Theory with Dr. Duke Pesta and Carol Swain

This is a special event led and organized by the SC Speakers Bureau. Please join us for an incredible evening of discussion and camaraderie!

Carol Swain is an author, commentator, and entrepreneur. She is the host of Be the People Podcast” and “Conversations with Dr. Carol Swain,” a television talk show on YouTube, Rumble, and the Binge TV Network. She is the owner and President of Unity Training Solutions which offers an alternative to Diversity, Equity, and Inclusion Training. Dr. Swain has authored or edited 10 books. Her most recent book is Black Eye for America: How Critical Race Theory is Burning Down the House (Forthcoming, August 2021). She is a former professor at Princeton and Vanderbilt Universities. Her opinion pieces have been published in The New York Times, The Washington Post, The Epoch Times, the Financial Times, and The Wall Street Journal. She holds a Ph. D from the University of North Carolina Chapel Hill. Presidents Bush, Obama, and Trump have appointed her to positions in their administrations. Most recently, she served as Vice-Chair of the 1776 Commission.

Dr. Pesta is the Academic Director of FreedomProject Academy, the American Opinion Foundation’s Online Classical school. He is also a nationally-recognized critic of Common Core, having delivered over 400 talks in 40 states, and has done more than 2500 radio and television interviews on the subject. He speaks at home school conventions and educational conferences across the nation on topics including the necessity of homeschooling, the decline of morality and critical thinking in the public schools, and the myriad ways that colleges and universities indoctrinate students.

The Night of the Birchers with Trevor Loudon and Leah Southwell

The Night of the Birchers will be a night to remember for all patriots united to save and restore our constitutional republic.

Booking your room at the Crown Plaza in Greenville? Use code JBS to reserve on of our blocked rooms at a price of $125 per night (excluding taxes). Call 1-877-227-6963 or use the Crown Plaza hotel website to make the booking using the code.

Speech Topic: Exposing the Enemies Within

Speech Summary: Have you ever wondered why our country seems to suffer, no matter what party is in office? For more than 30 years, Trevor Loudon has researched radical left, Marxist and terrorist movements and their covert influence on mainstream politics. What is the hidden agenda of the radical Left? Are we headed toward another Civil War? And how can we, as concerned Americans, make a concerted effort to get our country back on track?

More About Trevor: Trevor Loudon is an author, filmmaker and public speaker from Christchurch, New Zealand. For more than 30 years, he has researched radical left, Marxist and terrorist movements and their covert influence on mainstream politics. Trevor Loudon’s thesis is that what is commonly regarded as the mainstream political policy is in fact driven and guided by hidden subversive elements. The Democratic party’s consistent defunding of the US military, Obamacare, the Iran Nuclear Deal, normalization of relations with Cuba, Islamic refugee re-settlement, $15 minimum wage, fracking bans, pipeline shutdowns and the push for illegal alien amnesty are all consistent with far-left and Islamist agendas. Trevor Loudon believes that these forces must be exposed and countered, as America’s continued role as a bastion of freedom is pivotal for the future of western civilization.

Speech Summary: Through a military coup in Chile in 1973, a Socialist/Communist president was removed and Marxism was successfully suppressed. Free market economics were introduced and Chile became the world’s “Economic Miracle” and considered the best in Latin America. Then last October society suddenly erupted in violent protest, burning, looting and fighting with the police and even triggering a state of emergency, bringing out the military to the streets of Santiago, and lasting months. We recently saw something similar happening here. What are the commonalities? Although the spark was different the underlying causes are the same. What is happening in the world today and why?

More About Leah: Leah Southwell was an eyewitness to this event and the seven years leading up to this. As an American having lived in Holland for 10 years and now 7 years in Chile she has some interesting cultural observations as possible reasons and explanations. As a JBS staff member, she has a deep understanding of the enemy we are facing and the solutions.

Here are the details for the academy:

10am – Trevor Loudon – Communist China’s War on the South

2pm – Joe Inglis – How to Grow in Size and Influence

5pm – Break and travel across the street to the Crown Plaza

9am – Leah Southwell – Being Birch

Know the history of what actually took place in the 1960’s from a John Birch Society member that was there!

William Lamb joined The John Birch Society in 1963 in Cleveland, Ohio. William will recall his experiences of often being harassed due to his affiliation with The John Birch Society a that time. In the 60’s he served as a Chapter member in Cleveland, Ohio and then he became a Chapter Leader in Lancaster, South Carolina. In the late 60’s, he helped start Carolina Christian Academy which is still in existence today and has recently hosted John Birch Society speeches. William is currently a writer for the digital newspaper The Times Examiner and is the author of the book The History Of Our Future — A Fantasy About Faith And Courage. 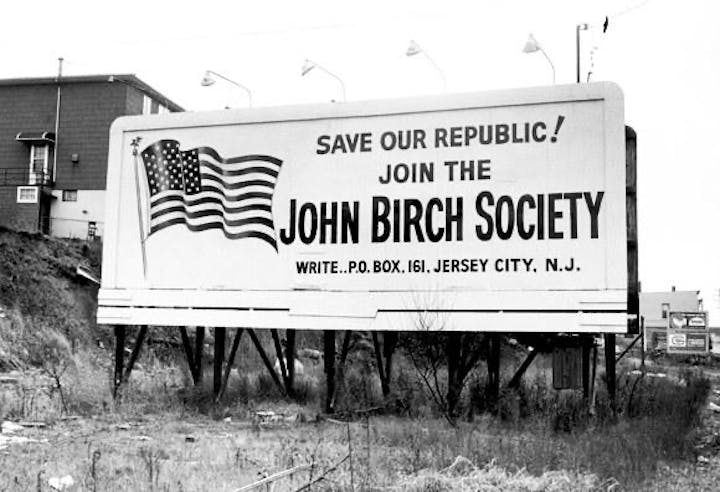 Trump’s Pushing The USMCA: Why Should You Care?

National Speaker and City Commissioner Tim Marden will be traveling from Florida to deliver a talk about the USMCA. President Trump has recently stated on Twitter that, “the USMCA = more JOBS for American workers, more economic growth, and more OPPORTUNITY for our famers, ranchers, and businesses.” Is President Trump right or is he being fooled by his US Trade Representative Robert Lighthizer who just happens to be a member of the Council on Foreign Relations, the organization created to form a marxist USA? Are Americans getting the whole story about what the USMCA is truly intended to do to our constitutional republic?

Rescuing Our Children And Our Nation with Alex Newman (Greenville, SC)

There is a reason the Deep State globalists sound so confident about the success of their agenda – they have a secret weapon: More than 85% of American children are being indoctrinated by radicalized government schools. In this explosive talk, Alex Newman exposes the insanity that has taken over the public school system. From the sexualization of children and the re-shaping of values to deliberate dumbing down. Newman shows how dangerous this threat is – not just to our children – but to the future of faith, family, and freedom. More importantly, he shares what you and every American can do about it.

Alex has a B.S. degree in journalism from the University of Florida with an emphasis on economics and international relations, as well as an A.A. degree in foreign languages from Miami-Dad College. He is co-author of the book Crimes of the Educators, and currently serves as foreign correspondent for The New American magazine and Advanced Economics teacher at FreedomProject Academy.